Find your future at Sonic Amarillo

Find your future at Sonic with competitive pay and benefits plus, – and this is a no brainer – free Sonic-Drive In Meals!

APPLY NOW
SEE WHAT YOU CAN EARN 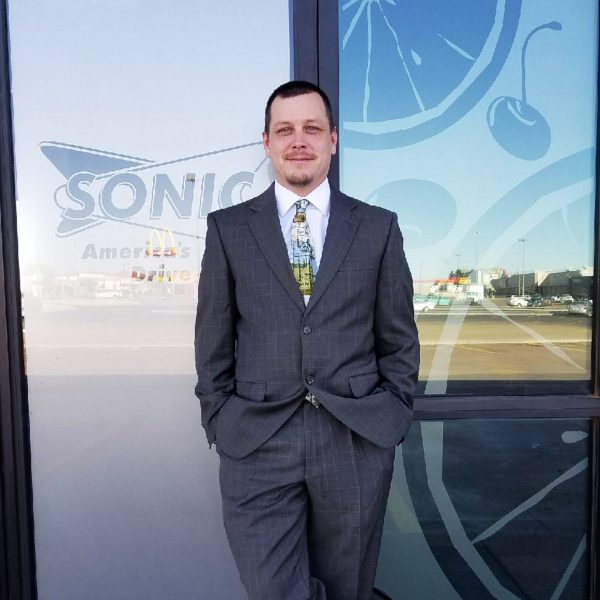 Rhett Garvin is a Supervising Partner for western Oklahoma. Rhett graduated from Lander University in 2004 with a Dual Degree: Bachelor’s in Marketing/Management and a Bachelor’s in Finance. He has been with the Castleberry Group since November 2013.

Rhett’s background is in the retail business. He worked at Walmart for 12 years before he joined the Sonic team. He moved numerous times during his time with Walmart, starting off as an hourly employee during Christmas while going to college. He then worked his way up until he became a part of the regional team for their Inventory Management System. He became a trainer, teaching other store managers how to operate the systems and make a profit.

With Rhett’s experience in management, inventory and training, his transition into the Sonic operations was positive. Rhett began his time with Sonic in Mangum, Oklahoma. He worked into the General Manager position and stayed at that location for 18 months. He then relocated to our store in Stillwater, Oklahoma on 6th street, managing that store for 14 months.

At both Sonic locations, Rhett demonstrated strong leadership skills and the ability to run a sound store with operational expertise with increased sales and profitability. Rhett has always been a high achiever and loves a challenge. When the opportunity for Childress, Texas was presented, he made the decision to take on the chance to grow with the company as a Managing Partner by rebuilding the business in Childress. He was in Childress for 13 months and opened the new store after tearing down the existing building. His wife, Kimberly of 16 years also works for the Castleberry Group as an Assistant Manager for Childress. The store is on the rise showing significant sales increases and increased traffic. He and the Sonic team are looking forward to a successful 2020.

Rhett has two sons and three daughters; Haddon is 17, Bryson 16, Emily-Grace 13, Kalynn 11, and Olivia who is 10. His son Bryson also works at the Childress Sonic Drive-In. Rhett loves the Lord, reads the Bible daily, and watches all sports as often as he can. We are proud to have Rhett as a member of the Castleberry Group.

We are looking for professional, highly motivated
individuals who are interested in joining a goal-oriented
company with extremely high standards. We offer
career opportunities at all levels of management.